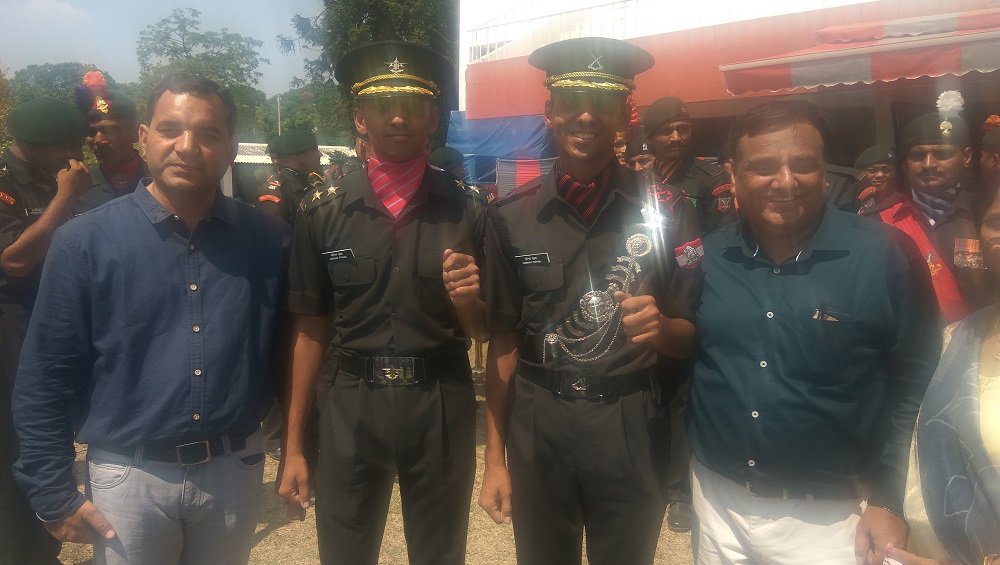 Indian Military Academy (IMA) is the institute where boys are groomed into men. On June 8, the Passing Out Parade (POP) was held at IMA’s Drill Square. In a rare occasion, identical twins, Abhinav Pathak ans Parinav Pathak  have been commissioned into the Indian Army. Both the brothers hail from Amritsar, but their family currently resided in Jalandhar. They joined the IMA through 127 Technical Entry Scheme (TES) after clearing the Services Selection Board (SSB) interview. IMA POP Spring Term 2019: Indian Army Gets 382 Officers, 77 GCs Passed Out From Indian Military Academy.

Abhinav, who is two minutes elder to Parinav will be part of Army Air Defence (AAD), while his brother has been commissioned into Army Aviation Core. Initially, Parinav will serve in the Jammu and Kashmir Light Infantry. Both the brothers pursued 12th from the Senior Study  – II, Amritsar. Abhinav did his computer science engineering from DAV Institute of Engineering in Jalandhar, while Parinav studied mechanical engineering from Guru Nanak Dev Engneering Collage in Ludhiana. Talking to the media, they said that during their schooling they were motivated by their teachers. They also revealed that during their schooling and during training at the IMA, often Abhinav was misidentified as Parinav and vice versa. IMA POP Spring Term 2019: Multi Activity Display And ‘Son-Et-Lumiere’ Show Held at India Military Academy.

Maximum number of 72 officers were commissioned from Uttar Pradesh, followed by Bihar with 46 officers. Meanwhile, 33 officers were commissioned from Punjab. Among the GCs of the friendly foreign countries, 45 cadets from Afghanistan completed their training. The coveted award of the Sword of Honour and Bronze Medal was presented to Senior Under Officer (SUO) Akshat Raj.