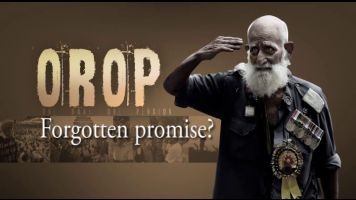 Demad for One Rank One Pension (OROP) has made our veterans, who protected our national, to come out and protest for getting their right. Now let us first understand what is OROP? One Rank One Pension is giving equal amount of pension to the retired defense personnel from the same rank irrespective of their year of retirement. eg. If we look at the present situation, a colonel retired in 1975 is getting 50% of the pension of his last withdrawn salary, whereas same rule applies for the colonel retired in 2015, but the difference is in the amount of pension they are withdrawing. Salary during that time was less, so the pension is also less. This created disparity in terms of monetary gains between the persons serving the country for the same period of time.

Secondly, in most of the cases soldiers retire at the age of 35 years, so they receive pension which is almost 30% of their last withdrawn salary. This provision was brought up by the 3rd pay commission.  These soldiers will get benefits of only one or two pay commission recommendations in their entire period of service. Neither these soldiers are getting preference in private sectors after retirement. 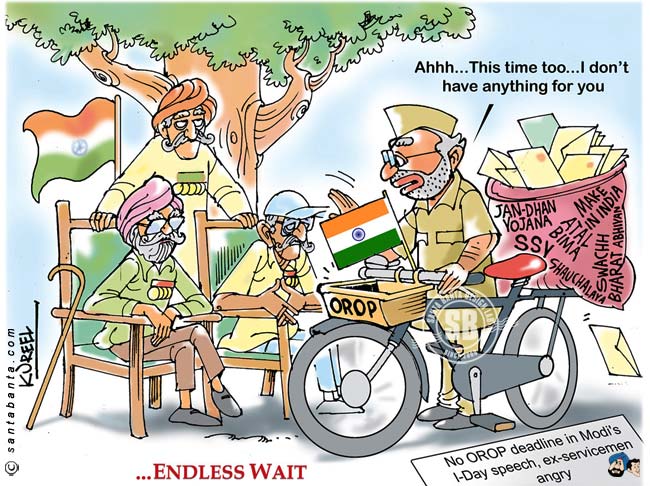 Though personnel joined after 2004 in public organization will not get pension except in defense forces . But Non-Financial Upgrade (NFU) scheme implemented by UPA government is a reward for Civil Services Cadre with automated time bound promotions to Higher Administrative Grade (HAG). HAG is equivalent to Lt.General in Army, Vice Admiral in Navy and Air marshal in Air-force. This drags the higher ranks of defense officers, of the rank of colonels, brigadiers and major generals  on a back foot, due to diluting their authority by raising the status of the ranks in Civil Services. This scheme further fueled the protest for OROP. These HAG’s gets pay grade amounts to Rs. 80,000. Armed forces officers are excluded from this scheme.In defense forces hardly 1% of the officers reaches to the rank of Lt. Generals, Admirals or Air Marshals, where as in civil services 100% cadres will get to HAG, getting the Apex grade pay of Rs. 80,000

BJP after coming to power in 2014 haven’t paid any attention to the demands of defense personnel for including them in NFU scheme. Neither the issue of OROP is solved in spite of being promised by the NDA government. According to the government RS 8,000 crore – Rs. 10,000 crore will be the total expenditure incurred if OROP is implemented in its true sense. Soldiers taking voluntary retirement are not covered through the OROP implemented by the government.  Though announcement has been made to implement OROP, but it is not yet implemented actually. The another reason is being that government fears that personnel from other security organization like BSF, CRPF will demand OROP as they also serve in forward areas.

More than a financial gain, demading OROP is for ‘pride’ and ‘respect’ for which these ex-servicemen are fighting.

2 thoughts on “One Rank One Pension – Forgotten Promise?”