According to defence experts this is the lowest ever budget allocated to defence forces in terms of percentage. Defence expert Air Marshal (Retd.) Kapil Kak said, “This financial year’s budget was the lowest since 1956-57. At the time of China war in 1962 we were going at 1.59 percent and for the next 30 years after the war we maintained the average of three percent of the GDP. From 1992 onwards there is a steep downfall in the defence budget.”

India is a growing super power which is surrounded by arch rivals Pakistan in the west and China in the north. In addition to this, India has to fighter terrorism and insurgency, so defence budget must fulfill all the needs of our defence forces.

Now let us look at the needs of our Defence Forces:

If we talk about army, Indian Small Arms System Rifles (INSAS) needs to be replaced with modern assault rifles. Currently army is using AK – 47’s and INSAS. Personal kit of an Indian soldier, which includes bullet proof jackets, helmets and shoes needs to be replaced with lighter kit. Defence analyst Mandeep Singh Bajwa said, ”The army doesn’t have modern assault rifles, steel helmets and bullet proof jackets. In addition to this we also need to strengthen our Mountain Strike Core.“ The Indian Army rely mostly on Russian built T-72 and T-90 tanks . The army needs indigenous built tanks to fulfill the gap.  Indigenous built Arjun Mark II is still in trial phase, though this main battle tank has more fire power as compared to Russian tanks. We need artillery guns as our main artillery gun Bofors has become outdated. Defence Experts Maj. Gen. (Retd.) GD Bakshi said,” We need to plug the gap in the artillery. We haven’t had a gun since last 30 years ever since the Bofors scandal hit us.” 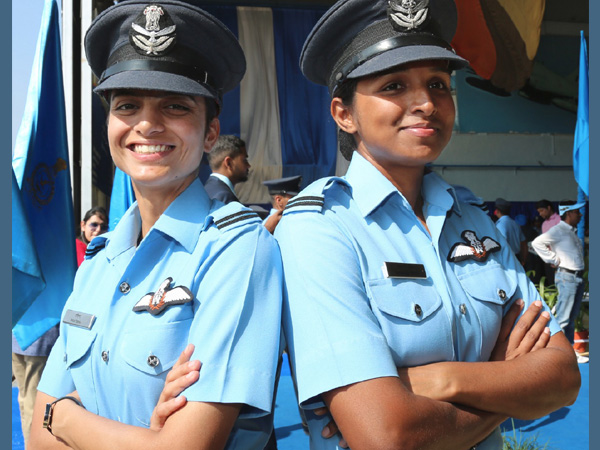 If we talk about Air force, the picture is not too bright either. There is a major shortage of fighter jets. Currently we have 33 squadrons of fighter jets, whereas IAF need to have at least 42 fighter squadrons. This figure will reduce further as Mig fighter jets will be decommissioned over the coming years. Initially government had signed deal to procure 126 French fighter jets, Rafale, 36 of these fighter jets will be delivered by 2019 in the ‘ready to fly’ and government of India plans to manufacture 90 in India. Induction of Indigenous built Tejas will also narrow the gap, but this aircraft needs improvement to match the requirements of IAF.

There is a tremendous shortage in the allocation of capital expenditure to the Air force. Even if we induct more air crafts we don’t have proper infrastructure to keep them. According to anonymous defence source, “Runway resurfacing needs to be done, aircraft hangers needs to be build, which requires a lot of funds. The work is getting stalled due to the lack of funds. Minimum RS 700-800 crore is needed to build proper infrastructure. We have bigger carry over liability in year 2018-2019, so the works are going to be stalled.”

The picture is also gloomy in the Indian navy. There is a shortage of submarines. We have currently 14 submarines in operation; half of them have completed their 75 percent of the service. INS Kalvari has been commissioned into the navy under project-75 and five more submarines will be inducted under the same project in the coming years. Senior defence analyst Commodore GJ Singh said, ”We need to have at least 24 submarines. Currently we have only one aircraft carrier along the western coast, but we need another air craft carrier along the eastern coast also.” Commodore Singh further added, ”If we want our navy to be a ‘Blue water Nay’, attention needs to be paid on the modernisation of the navy.”  Construction of 12 Mine Countermeasures Vessels are also pending at Goa Shipyard Limited (GSL). There is delay in importing 16 medium multirole helicopters of 12 tonne each. Our navy requires a replacement of obsolete cheetah helicopters.

These are some of the major requirement by the three wings of our defence forces.

Defence budget in 2016-17 was Rs 2.58 lakh crore which amounted to 1.71 percent to the GDP. The important thing to note is that, almost Rs 6,000 crore was surrendered to the government. The defence budget of the financial year 2017-18 was hiked by 6 percent from that of the previous one. If we talk about the coming budget of 2018-19, Defence experts are of the opinion that it should be around three to four percent of the GDP. Defence analyst Bajwa said, ”Defence budget should be four percent of the GDP to cater to the capital expenditure in terms of buying new weapons and equipment which at the moment is very very discouraging.” Air Marshal (Retd.) Kak estimated the budget to be minimum three percent of the GDP.

Bhartiya Janta Party’s (BJP) national spokesperson Krishna Sagar Rao said, ”There must be a possible rise of two percent i.e. eight percent hike on the previous year’s  (2017 – 18 ) budget allocation. This is only an anticipation.”  Rao further added, ”The increase of eight percent in the budget outlay can also be enhanced as multiple defence panel recommending that it should be around 2.5 percent of the GDP.” Talking on the issue of underutilisation of the capital expenditure Rao said, ”There is an issue in terms of modernisation expense. This expense is not fully consumed year after year. Almost Rs 6000 crore was not spent in the financial year 216-17. This year we are focusing on full utilization of the modernization expenses.” BJP spokesperson also signals that large scale acquisition of fighter jets and submarines are in the pipeline.

It will be interesting to see how the government gives priority to modernise the defence forces in the budget or will appease the voters?